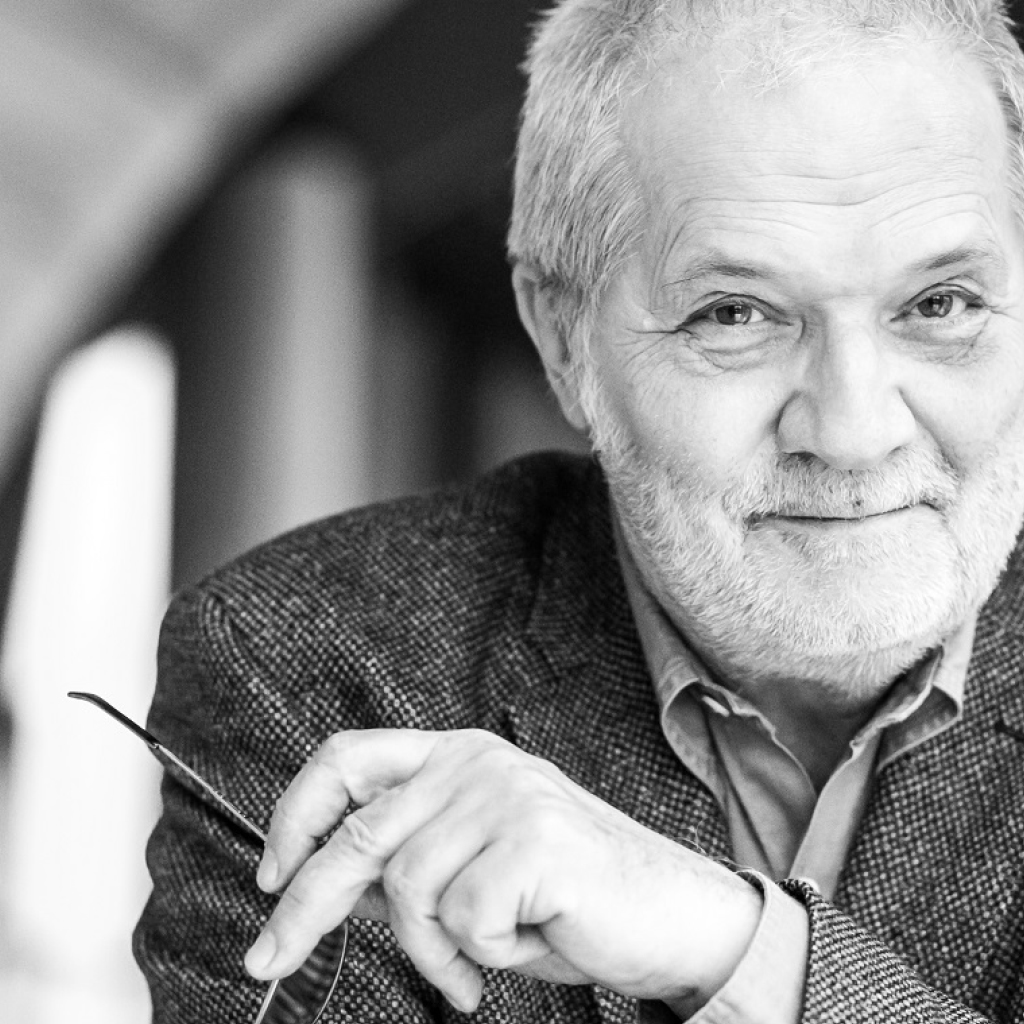 Composer, conductor and teacher: the Hungarian Peter Eötvös combines all three functions in one very high-profile career. Born in Transylvania in 1944, he has long been considered one of the most significant and influential personalities on the music scene as both an internationally recognized conductor and a composer of successful operas, orchestral works and concertos, written for well-known artists from all over the world. The 2014/16 seasons sees the performances of Eötvös´s new opera Senza sangue, commissionded by the New York Philharmonic and Kölner Philharmonie. Recent premiere include his percussion concerto Speaking Drums, ensemble pieces Dodici and da capo. His new oratorio "Halleluja" will be premiered in Salzburg Festival in 2016, composed on the base of Peter Esterhazy text.
Eötvös attaches great importance to passing on his extensive knowledge and experience to others. He taught at the music college in Cologne and Karlsruhe and gives regular masterclasses and seminars throughout Europe. He established his “International Eötvös Institute” in 1991 and the “Eötvös Contemporary Music Foundation” in 2004 in Budapest for young composers and conductors.
In addition to his roles listed above, Peter Eötvös is regularly re-invited as guest conductor by the most important orchestras and opera houses.