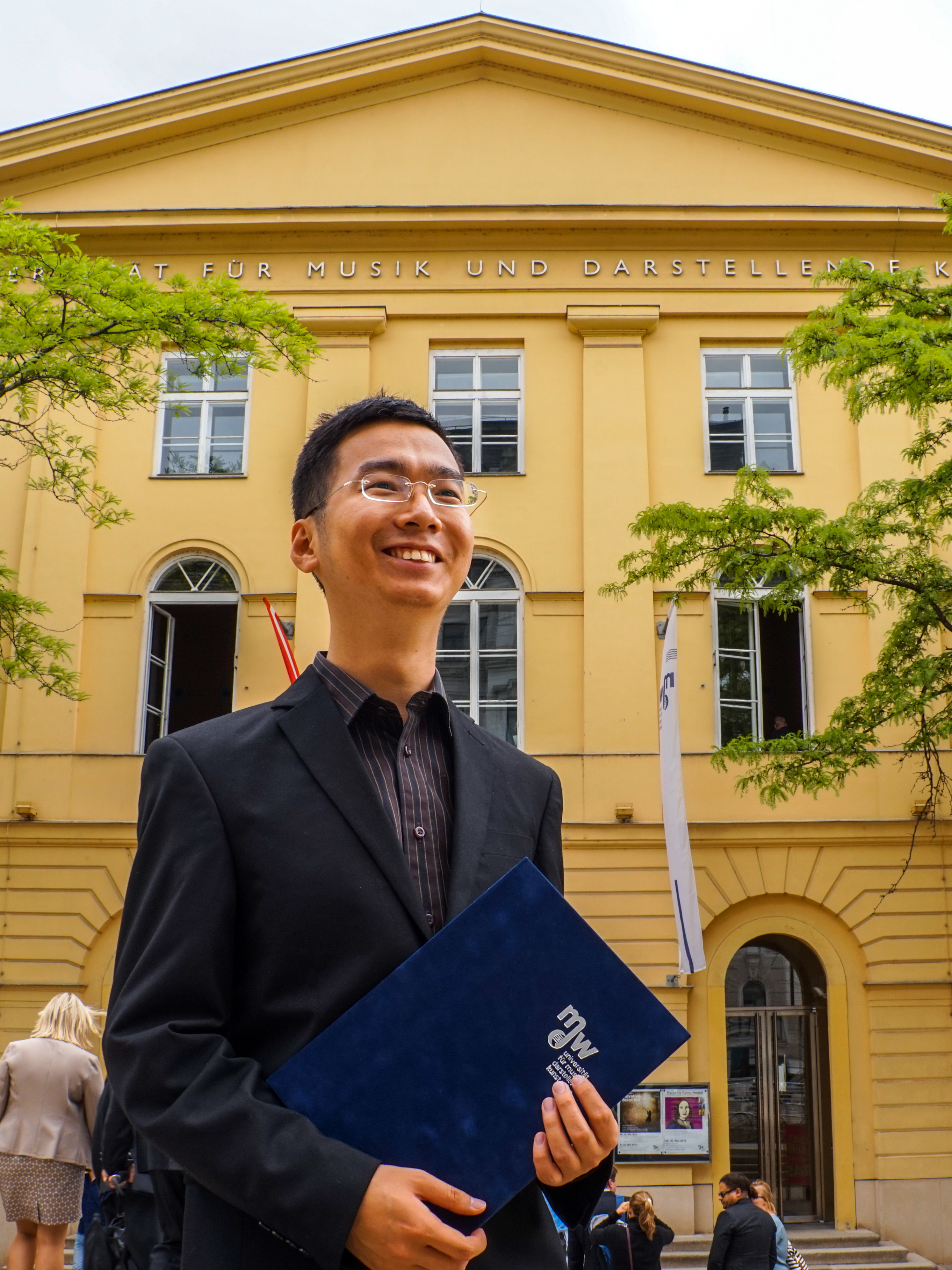 WANG Chenwei (王辰威) is Head of Research and Education at The TENG Company, adjunct faculty and composition supervisor at the National Institute of Education (Nanyang Technological University, Singapore) and council member of the Singapore Chinese Music Federation. He is the main co-author of «The TENG Guide to the Chinese Orchestra» (2019), a 624-page book on instrumentation and orchestration.

Chenwei obtained his Magister Artium (five-year Master of Arts) with distinction and a Würdigungspreis (Honorary Award) from the University for Music and Performing Arts Vienna, where he studied Composition and Audio Engineering under a scholarship from the Media Development Authority of Singapore. During his studies, he recorded and performed in the Vienna Musikverein Golden Hall.

At the age of 17, Chenwei composed «The Sisters' Islands», a symphonic poem for Chinese instruments which won the Singapore Composer Award at the 2006 Singapore International Competition for Chinese Orchestral Composition. This piece has been widely performed and recorded in various arrangements, most notably at Singapore Symphony Orchestra’s inaugural National Day concert in 2018.

Chenwei has received composition commissions by numerous organisations including the Singapore Chinese Orchestra, Taipei Chinese Orchestra and the Ministry of Education of Singapore. He was commissioned by the Singapore Symphony Orchestra to compose four set pieces for the National Piano and Violin Competition 2019. His works have also been subjects of academic theses authored by three Taiwanese professors.

Chenwei's efforts in composing, conducting, playing 12 musical instruments and writing in 12 languages was featured in «Extraordinary People», a half-hour documentary broadcast on Singapore television on 12 May 2009. For his contributions to the music scene, Chenwei was conferred the Young Outstanding Singaporeans Award in 2011.