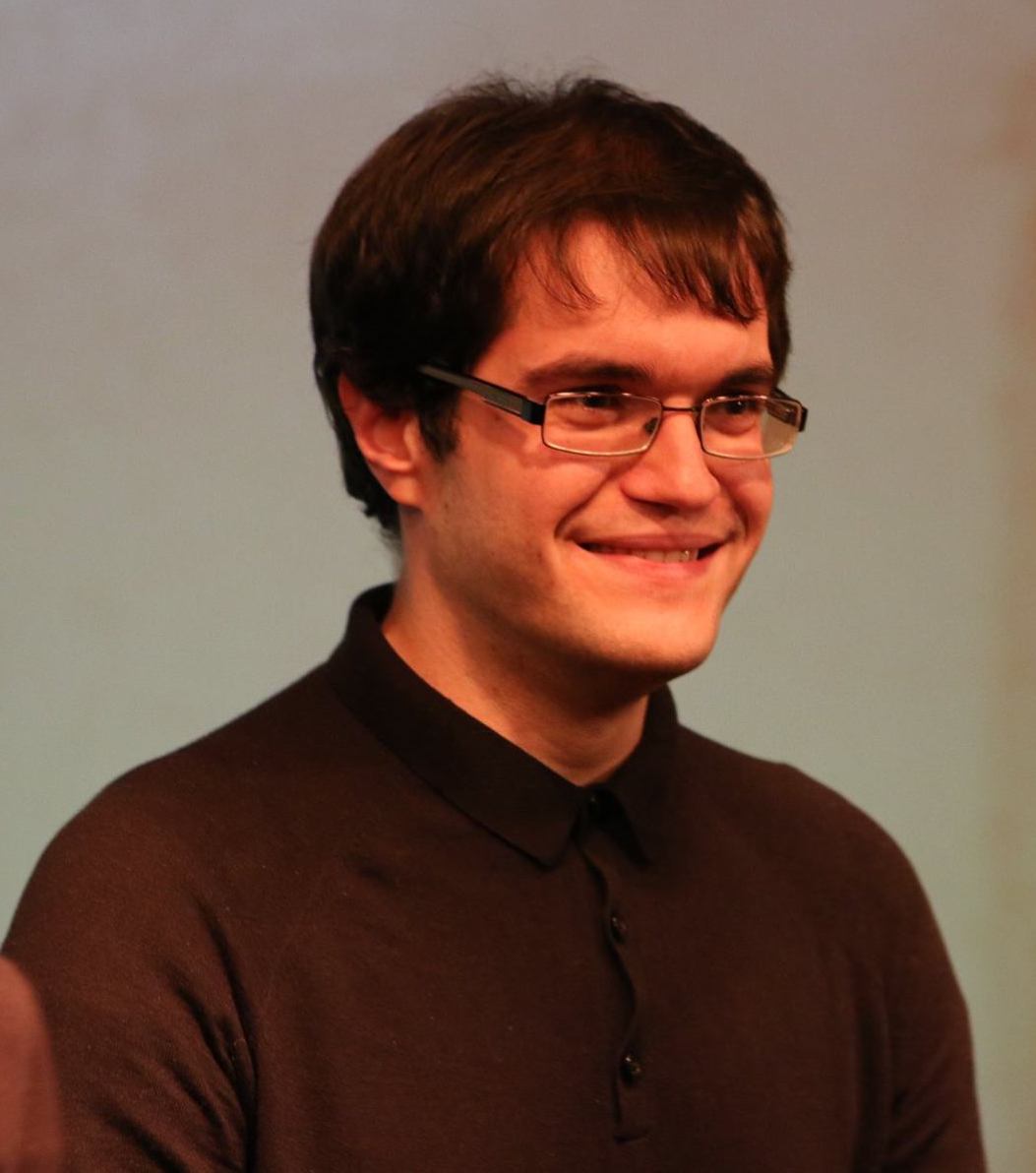 Fabio Luppi was born in San Giovanni in Persiceto (Bologna) in 1992. He began studying piano at the age of 8, enrolling at the "G. B. Martini" Conservatory of Bologna in the class of Maestro Carlo Mazzoli, under whose guidance he graduated in 2013, specializing in in Chamber Music in 2016 with honors under the guidance of Mº Guido Felizzi and in choral composition and choir direction in 2017 with honors and honorable mention under the guidance of Mº Leonardo Lollini. He also enrolled at the course of Composition in the class of M ° Michele Serra, with whom he graduated brilliantly in 2015.

He also participated in piano master classes with Paolo Mello, Brenno Ambrosini, Jung Sook Tekin and Leslie Howard (from which he was selected for the final concert).
In 2012, on the occasion of the project "The Schoenberg experience" (organized by the Conservatory and the Teatro Comunale di Bologna), he participated as a pianist in the performances of Pierrot Lunaire, on the centenary of the first performance of this work.

As a composer, in 2011 he wrote the music for a lyric scene of the opera "I giorni della Libertà" represented at “Teatro Comunale” in Bologna.
Between 2009 and 2010 he attended the Summercourses of Vittel and Mirecourt, under the guidance of M° Jan van Landeghem; his pieces were performed in the final concerts by M° Takao Hyakutome. In 2012 he participated in the MasterClass of Maestro Wim Henderickx organized by the Conservatory of Bologna. In the same year he participated in the summercourses of Cremona with maestro Jan Van Landeghem, composing the song 'Rondodec' for solo violin, performed by the violinist Stefaan De Rycke.

In 2009 and 2011 he was a finalist in the Rosolino Toscano competition in Pescara, with the song "Di Segni" for Clarinetto solo (published by the publishing house "Altredizioni") and with the song "RESIstenza" for trumpet.
In 2011 he received the 2nd prize at the 2nd "Gramatio Metallo" International Competition (1st non-assigned) of Bisaccia with the song "Le render me mortali".
The performance of this piece, which was being published, was performed by Gabriele Betti, flute, Carlo Alberto Neri, Pianoforte and Lucrezia Lante Della Rovere, reciting voice.

In 2012, he was performed for the first time "Pentaphon" by the Cello Project ensemble of cello directed by M° Riccardo Martinini, at the Farnese Chapel in Bologna.

In the same year he obtained the 2nd prize at the "Rosolino Toscano" Composition Competition in Pescara with the piece "Subsonica" for Contrabbasso, published in 2013 by the publishing house 'Ars Publica' and broadcast by "Magazzini sonori" (an italian web radio).

In 2013 he was invited to compose "Canon", piece for trombone, cello and double bass that opened the Music Festival 'Risuonanze 2013'. "Canon" was also broadcast by Tele Capodistria and Radio Cemat.

He also participated in the "Book Fair - Publishing for Conservatives" exhibition in Spoleto.

In April of the same year, M° Piero Bonaguri performed the absolute premiere of his work 'Rondò delle quarte' (for guitar) in Valencia. This composition was published in 2014 by the publisher “Ut Orpheus”.

In December 2013 he received the II prize (I not awarded) at the 12th edition of the international competition for the execution and composition "Don Vincenzo Vitti" of Castellana Grotte.

In 2014, he obtained the II prize at the XIV edition of the Composition Competition of the Evangelical Lutheran Community of Naples with the song "Dolore" for solo flute.

He received the honorable mention at the piano composition competition of Albenga (2014) with the song 'Studio sulla sezione aurea', published by "Simon Verlag Editions".

In 2015 he won the Abbado prize (band composition section).

In 2016 one of his orchestral compositions was selected by Alabama Symphony Orchestra for the reading session on 30 March 2016.

In the same year he was selected to participate in the Tampa (Florida) “Toy Piano Festival” as an interpreter and composer.

He is the winner of the 2nd Alberghini composition competition (2017).

In the same year he was among the winners of the Call for Scores "Rosetta Contemporary Ensemble" with a piece for soprano saxophone and piano (left hand), which was performed for the first time in February 2018 in Kyoto and recorded and disseminated in web platforms ( such as iTunes and Spotify) from LPC Japan.

In the same year he won “Zucchelli prize” in Bologna with his composition “FA-scie” for chamber orchestra.

As choir director he held concerts in Bologna, Cesena and Porretta Terme and participated in the masterclass held by Maestro Filippo Maria Bressan in September 2016, conducting in the final concert the Mottetto BWV 226 by J. S. Bach for double chorus and continuo.

Since 2013 he has been a piano teacher at the "Sant'Agostino" school of music of Sant'Agostino (FE).

He has been collaborating with the Orchestra Senzaspine since 2014 as a celesta player, performing at the Manzoni Theater (BO), Teatro Duse (BO), Teatro Consorziale of Budrio (BO) and at the Teatro di Fiorano Modenese (MO).

In 2011 he obtained the Scientific Maturity with honors, in the two previous years he received the "Golden Pagella" as the best student of the "Archimede" High School of San Giovanni in Persiceto.
He received the candidacy to "Alfiere della Repubblica" for academic merit.