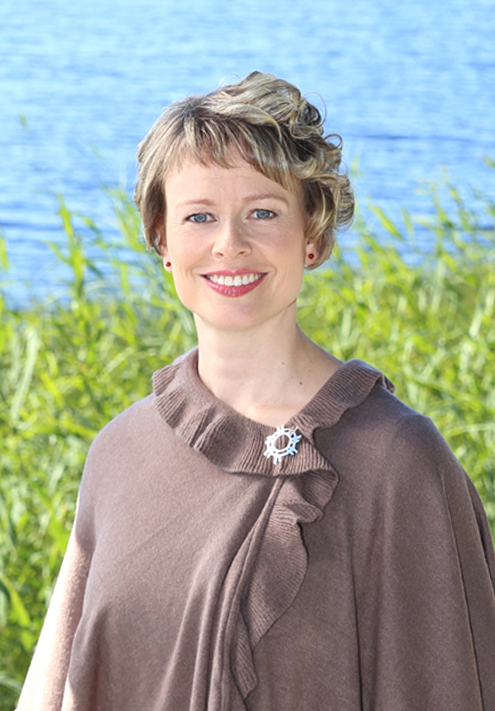 Finnish composer Sanna Ahvenjärvi graduated in 2005 from Mozarteum University with Mag. Art. “Magistra der Künste” in composition, where her composition professor was Adriana Hölszky. In 2002 she graduated with the music theory diploma at the Oulu Conservatory, where her composition teacher was Vesa Valkama.
Works of Ahvenjärvi have been performed in many festivals in Austria, Sweden, Finland, Italy, Faroe Islands, U.S.A., Germany and Switzerland, for example Stockholm New Music and Båstad Kammarmusik (Sweden), Tage für Neue Musik in Zürich (Switzerland) , Uuden Musiikin Lokakuu and Musica Nova (Finland), stART (Austria) and GegenWelten (Germany). Her portrait concerts were held in Salzburg 2004 and in Heidelberg 2005. Her compositions have been performed by the Oulu Symphony, Mozarteum Orchester Salzburg, TampereRaw, Duo Gelland, Borealis Brass, Stadler Quartett of OENM and Bodø Sinfonietta among others.
Since 2008 she has been teaching music theory, solfeggio and composition at the Jokilaaksot Music Institute. Ahvenjärvi has worked as an instructor in seminars organised by the Sibelius-Academy, the Metropolia University of Applied Sciences, the Association of Finnish Music Schools and the Mutes ry, where the topics were composition education for children and youth.