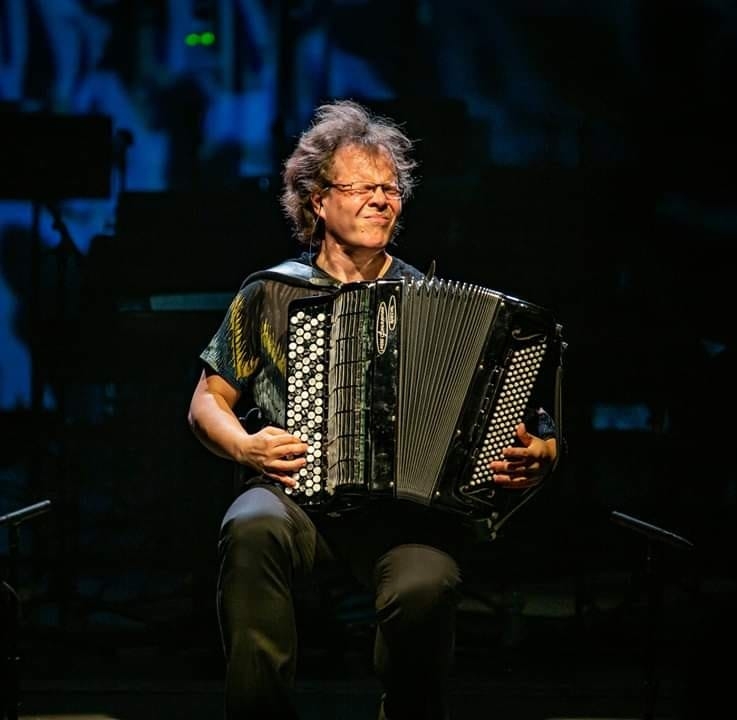 Veli Kujala (b. 1976) has gained a solid reputation as an outstanding interpreter of contemporary music on the accordion. In 2010 he completed his Doctor of Music -degree with distinction from the Sibelius-Academy. He is a prizewinner of many international competitions for soloists and for composition in the field of classical music. Kujala’s compositional output covers a wide variety of genres ranging from electro-acoustic to orchestral works. His composer portrait CD ‘Hyperorganism’ (Alba Records) was nominated for the best Finnish classical album of the year 2016. His latest premieres include violin concerto 'Auseil' commissioned and premiered by the Helsinki Philharmonic Orchestra and 'Thum Bop - A Hitchhiker's Concerto' for concert accordion and big band commissioned and premiered by UMO Helsinki Jazz Orchestra. From the beginning of his career, Kujala has also been very active in the field of jazz and improvised music, with an open mind upon all genders of popular music, from progressive rock to tango, ethnic music to French chanson.

Veli Kujala has performed in whole Europe, in major festivals and venues. He has also toured in the USA. Since 2005 Veli Kujala has been a teacher of concert accordion and improvisation at the Sibelius-Academy of the University of the Arts Helsinki.