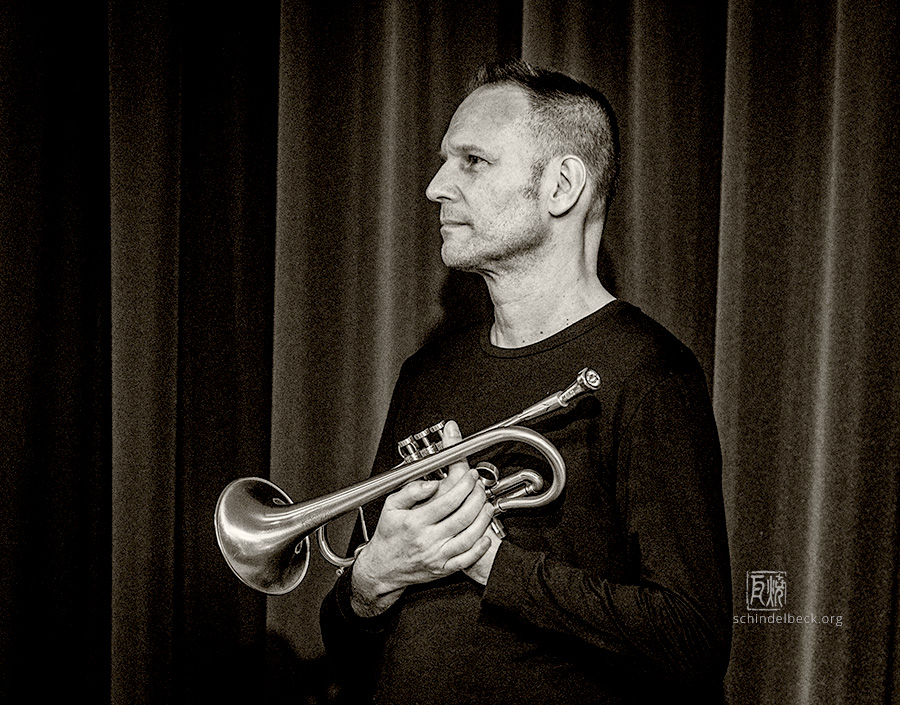 From 1984 to 1987, he studied under Manfred Schoof
at the Cologne University of Music.

He has performed on 6 continents and
can be heard on approximately 100 recordings.

Honors include receiving the "SWR-Jazzpreis"
in 1990, the "Down Beat Critics TDWR Poll"
as a member of ICP Orchestra, in 2002, and the
"Preis der Deutschen Schallplattenkritik" in 2004.

Before moving to New York City in 2008, the trumpeter
served as a member of the regular band supporting
German talk show host and entertainer Harald Schmidt
for 12 years, providing music to more than 1500 TV shows.

Besides his ongoing work with ICP Orchestra,
Heberer maintains a busy performance and recording
schedule with numerous New York City based ensembles,
among them Yoni Kretzmer's Five, the Nu Band and
the Angelica Sanchez nonet.