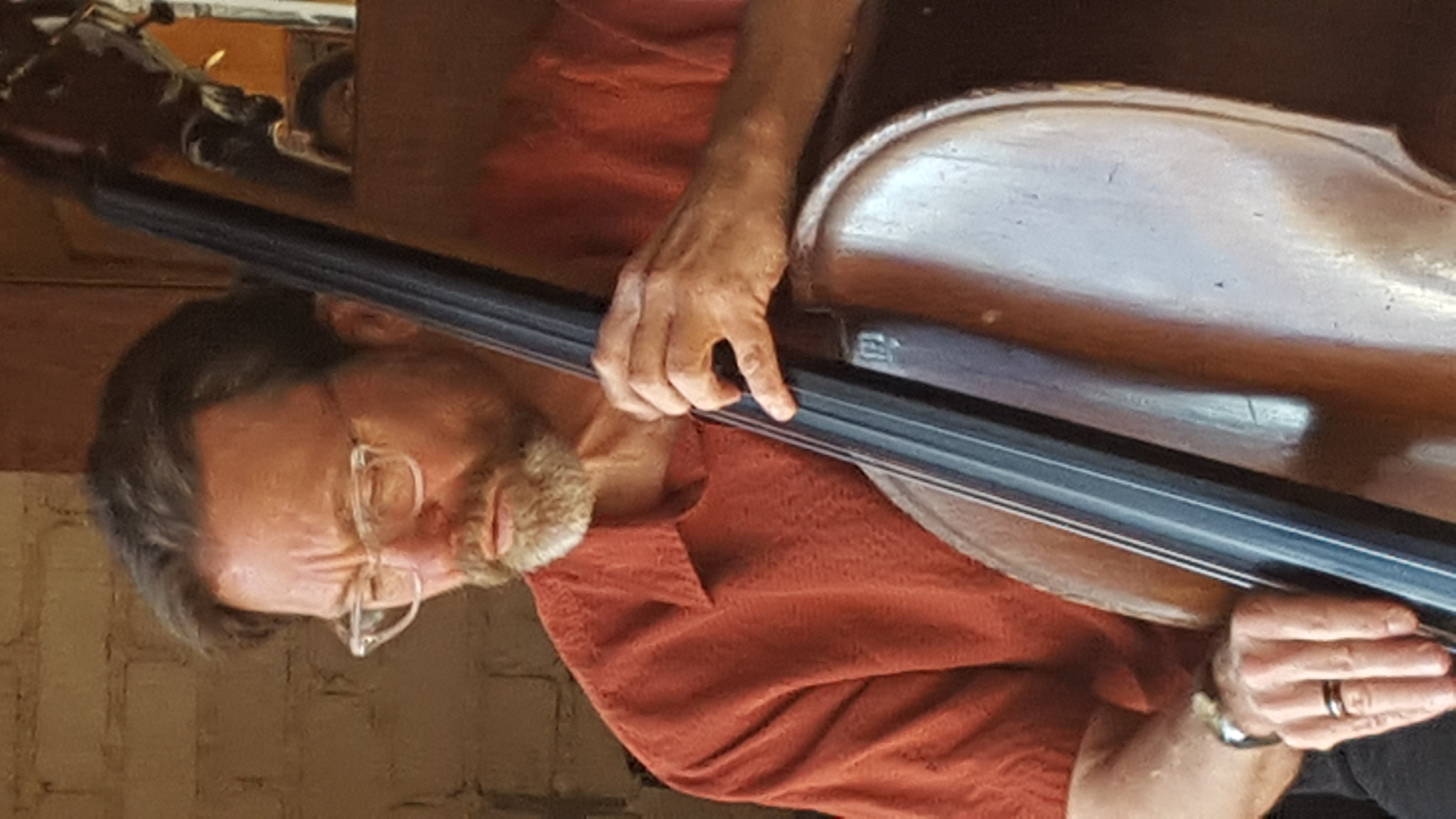 Bob Nieske received his M.M. degree in “classical” composition with honors from New England conservatory in 1981.
He was the bassist with the Jimmy Giuffre 4 from 1979-1992 and appears on Jimmy’s three Soul Note recordings.
Bob has also recorded with Alan Dawson, Dave Grisman, Stephane Grappelli, George Russell and the Living Time Orchestra, Bevan Manson, Jay Geils, Duke Robillard, The Either Orchestra and Herb Pomeroy and in addition has performed with Charlie Byrd, Eartha Kitt, Attila Zoller, Ronnie Earl, Tiger Okoshi, Dakota Stayton, John Blake, Jackie and Roy, Richie Cole, and Larry Coryell.
Bob has numerous recordings of his own groups from the Bob Nieske 4 to the Nieske 10 as well as the Bob Nieske 3 with the Lydian String Quartet.
His compositions have been performed around the world by his own groups, The Either Orchestra, Matt Wilson and Jimmy Giuffre 4.
Bob is currently Professor of the Practice at Brandeis University and faculty of New England Conservatory.