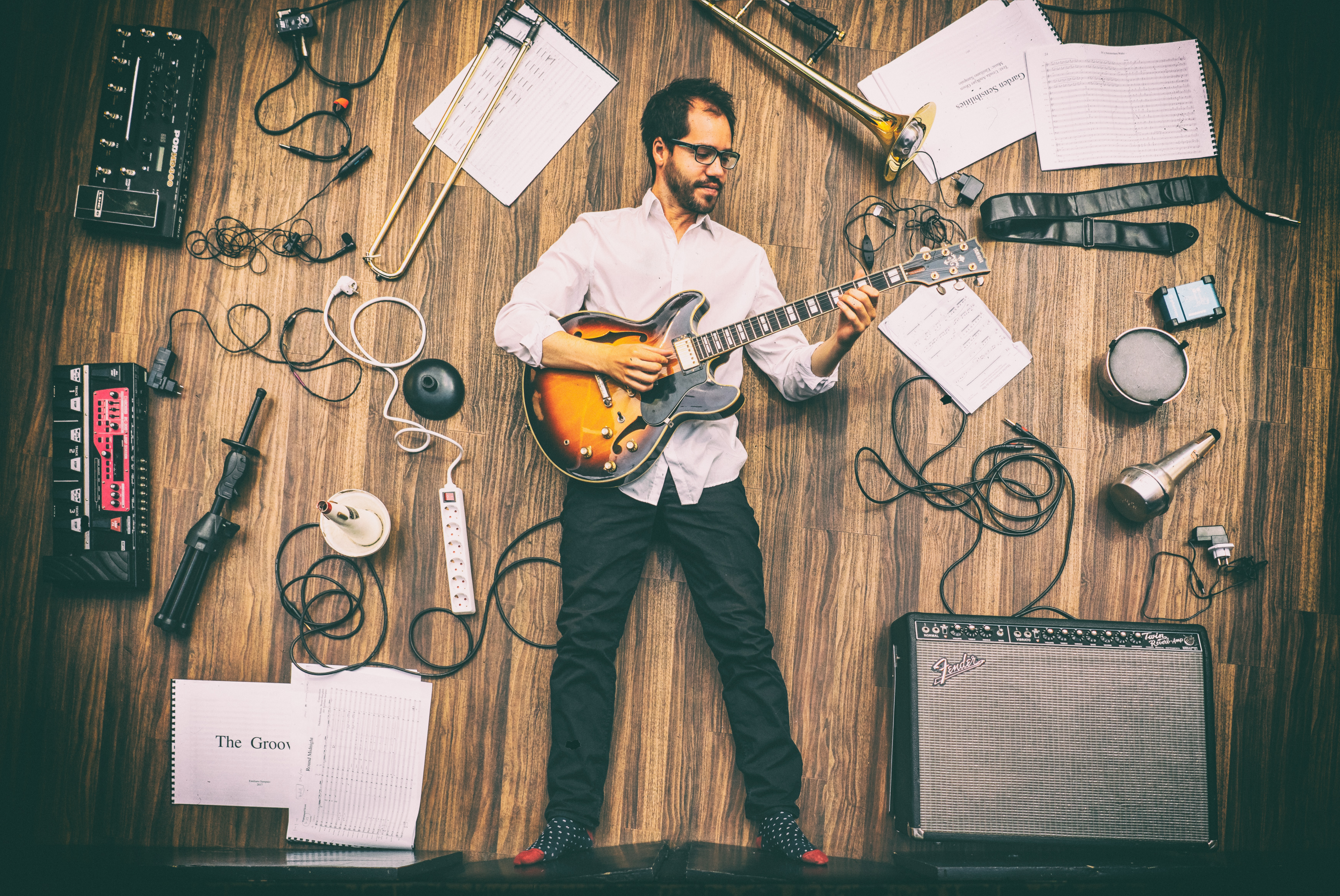 The Guitarist, trombonist, conductor, arranger and composer, born in São Paulo (Brazil) in 1984, studied music firstly at the University of Campinas and develops his Doctoral Research nowadays with focus on the use of improvisation for large Jazz Symphonic Orchestra at the University of Music and Performing Art of Graz. His work as musician focuses on the power of communication that music can have in a verbal and non-verbal level. Ways of interaction between people has become a central question of his work, developing ways of using music to contribute for a more fulfilling life as musician.

Emiliano released eleven albums as bandleader with his trio, his nonet and his own big band and his music was played in important Brazilian and European jazz clubs and festivals. In 2020 the new album “Music for Large Ensembles Vol II” is being released with works for larger groups involving string orchestra, classical percussion, oboe and harp in combination with jazz ensembles.