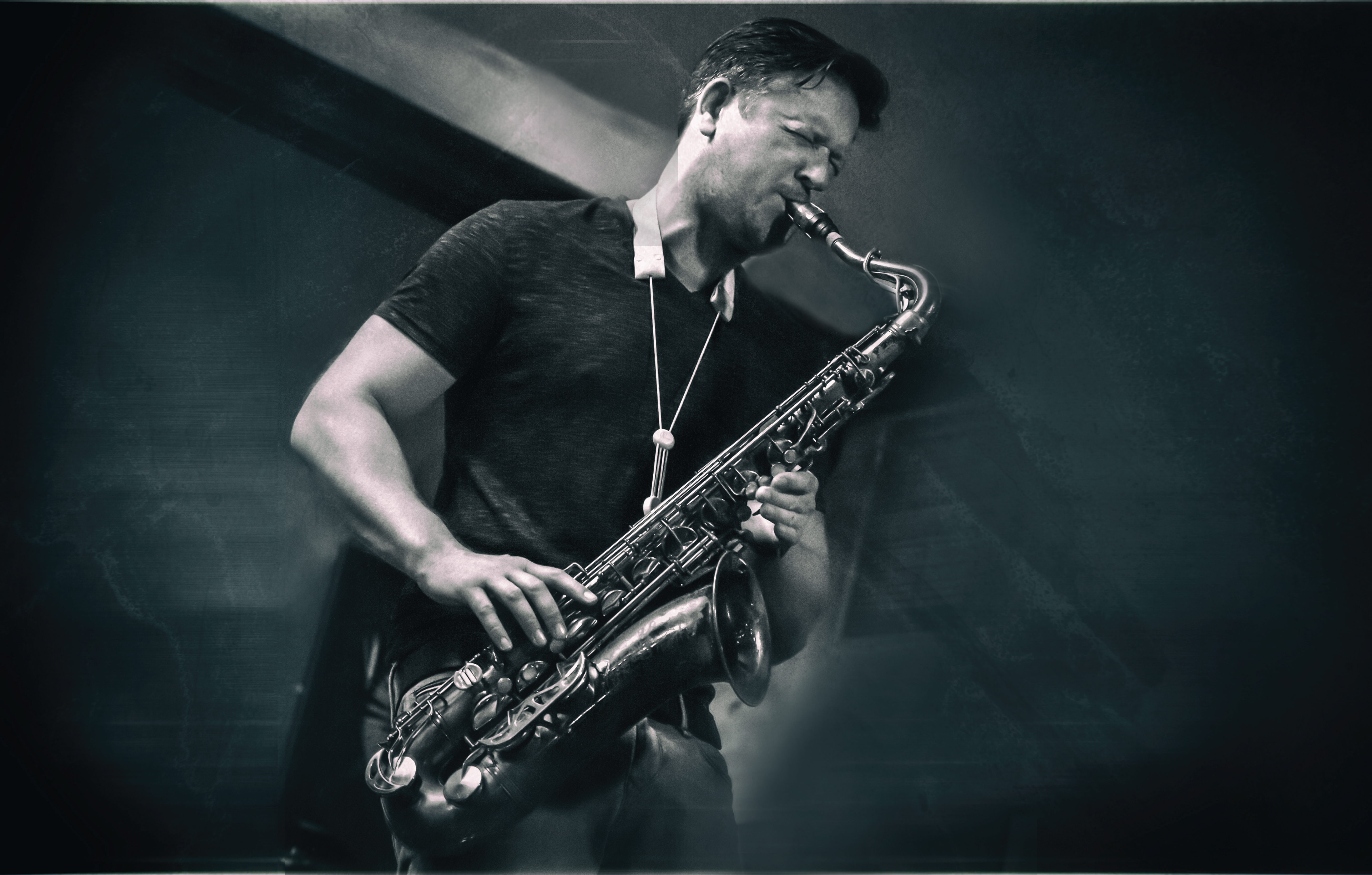 From his early acclaim as a prize-winning saxophonist, Paul Booth has continually refined and expanded his talents as a solo artist, composer, arranger and bandleader, whilst establishing an elite reputation as a first-call sideman for major contemporary music artists.

Paul was born in the North East of England, and as a young boy started playing music with his father in the clubs and bars of Southern Spain where the family were temporarily residing. On his return home, he discovered the local jazz scene and fell in love with the music and the art of improvisation. As a homeschooled child he was able to fit all his studies around music, enabling him to sit his GCSE and A-Level exams early. He won a place at the Royal Academy of Music in 1993 at the age of 16, becoming their youngest student on a degree course. That year Paul also won the 'Best Modern Jazz Player’ category at the televised Young Jazz Player of the Year.

Over the next four years at the Academy, Paul combined his studies with gigs in London and across the UK, that included a long association with Colombian percussionist Roberto Pla and a partnership with pianist Alex Wilson that’s still going strong. During his third year, Paul won the prestigious Clifford Brown/Stan Getz Fellowship in Miami USA, and spent a six month exchange in Perth at the Western Australia Academy of Performing Arts. Following his graduation in 1997, Paul immersed himself in the world of the professional musician. He eventually joined the European Glenn Miller Orchestra for eight tours, before landing the saxophone chair for the worldwide smash hit show, Riverdance, staying for eighteen months. In 2005 Paul toured the US and Japan with Basia and Matt Bianco, and soon after received the call from Steve Winwood with whom he has been working ever since.

In 2004 Paul released his first solo album ‘It’s Happening’, which was followed by the albums ‘No Looking Back’ (2007), ‘Pathways’ (2009) and ‘Trilateral’ (2011) Patchwork Project (2015). All of which were extremely well received available through his own Pathway Records label.

Paul currently performs his own music with a number of different groups:

The world music big band Bansangu Orchestra, for whom Paul is co-founder and musical director. Their eponymous debut album was released August 2018.