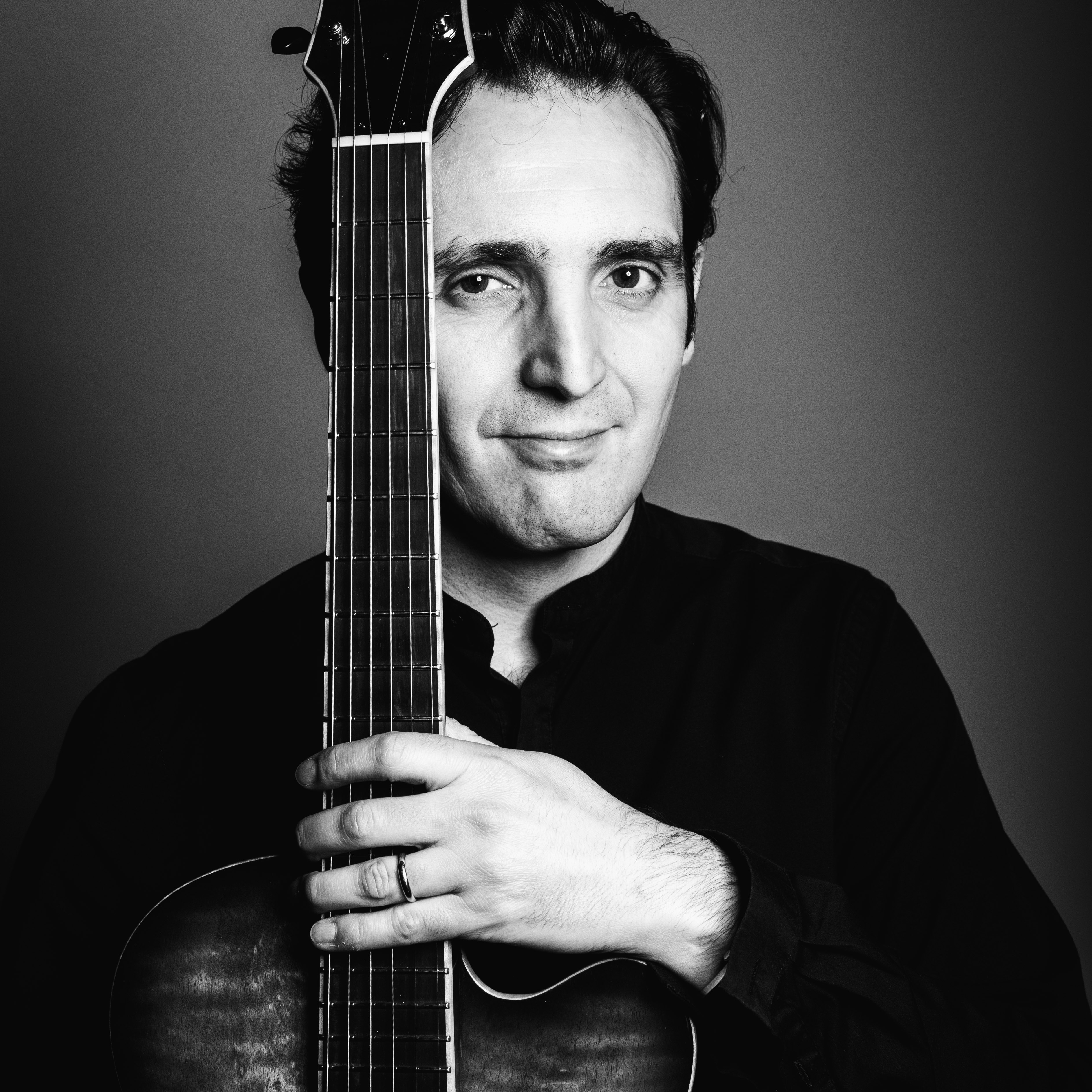 Award winning guitarist, composer and arranger, Giorgio Serci has gained an international reputation as an accomplished guitarist, composer and arranger as well as educator.
His expertise in classical, jazz, world and contemporary music technique enabled him to perform and record with the likes of Ivan Lins, David Garrett, Basia, Camille Bertault, Sylvain Luc, Martin Taylor, Kenny Wheeler, Bill Bruford, Harvie S, and the BBC Concert Orchestra amongst others. He is a regular columnist for Guitar Interactive and lick library and endorses Yamaha guitars, DVMark amplifiers and Fibonacci Archtop guitars, which have just released the ‘Giorgio Serci Alma’ Signature model.
Co-founder with Paul Booth of the renowned Bansangu Orchestra, which has recently headlined at Ronnies Scotts and other major jazz festivals in the UK.
As an educator he has been lecturing at the ACM, Guildhall School of Music and Drama, Royal Holloway University, and has been commissioned to arrange and record the new acoustic guitar syllabus for Rockschool, which has just been released internationally.
His playing has been commended by the likes of Quincy Jones at a recent performance at Montreux Jazz Festival with the legendary Brazilian musician Ivan Lins.