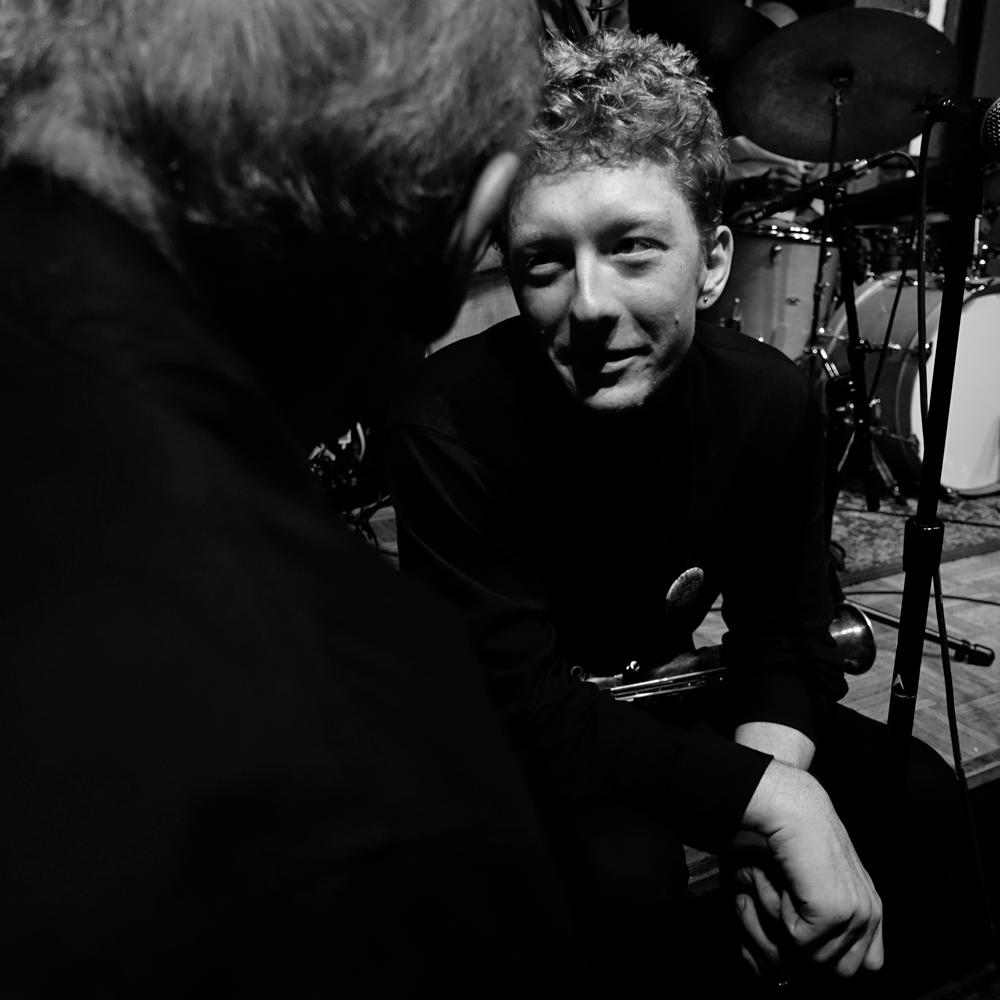 I am a composer whose work stems from a few core tenets ::

1. we can shift physical realities through sonic meditation
2. improvisation liberates the spirit
3. accepting imperfection and chaos leads to a greater love and community

Growing up in Pennsylvania, I was blessed with an incredibly deep artistic community dedicated to these beliefs. NEA Jazz Master David Liebman, most notable for his work with Elvin Jones and Miles Davis, took me under his wing in high school and we embarked on a serious study of both the saxophone and his theory of chromatic harmony. I became well-versed in the sounds of Olivier Messiaen and John Coltrane at this time, and had the unique opportunity to develop this voice through further study and performance with Bobby Avey and Eric Doney - I was taught that the discordant and sweet sounds of this music must always be in equal part to the intention and drive of its deliverance.

After attending the New School for Jazz and Contemporary Music for a year, I transferred and finished my undergraduate degree at the Manhattan School of Music. It was here that I premiered my first compositions for chamber ensemble, composed during a period of study with Peter Andreiacchi and Phil Markowitz.

Under the guise of Acidhead, my electronic music project falling somewhere between Travis Scott, Maurice Ravel, and Bob Dylan, I have billed alongside illuminaries of the New York underground :: Amani Fela, Dreamcrusher, AKAI SOLO, No Land, Maassai. I am incredibly grateful to these musicians and poets for their never-ending exploration and experiment.

At a time in which people physically taking care of each other is needed more than ever, we are struggling against a world of division and confusion (most readily seen in politics and social media). The propaganda of doubt is fed to us inadvertently by our friends and family online, and the non-existence of a fair wage has devalued human life. Our art as response must be a meditation: everyone is a musician. Your every breath and action conceived against this controlling apparatus of private capital. My work is controlled improvisations, and romantic songs steeped in American music. It is not minimalist, and holds no maxim. I want you to be free.