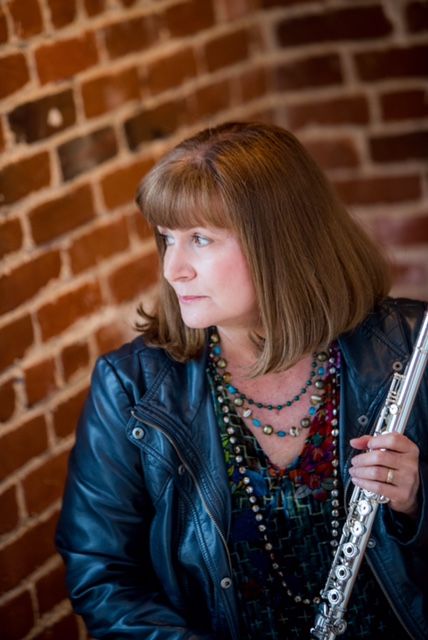 Lori Bell Bio - short version
Brooklyn native Lori Bell is a flutist and composer of admirable depth and broad musical sympathies. A resident of San Diego, she has contributed to the development of higher standards of performance while earning acclaim from both peers and critics for her artistry on stage and in recordings.

In December 2011 Lori received a Global Music Award, the Award of Excellence for her depth of playing, composing and arranging for the "Lori Bell" CD (Beezwax Records). In April 2014 Lori won a second Global Music Award, the Gold Medal Award for her composition "Une Chanson Pour Claude" on the CD "Night Soliloquy" (Azica Records). In March 2016 The GMA's honored a third award for Outstanding Achievement for her 9th studio CD "Brooklyn Dreaming" for album and composition.

Her latest release, "Brooklyn Dreaming", a tribute CD to her family and birthplace, is receiving international acclaim. "Bell flaunts prodigious chops on both C flute and alto flute though her pen might be mightier than her sword. Her Originals all reveal a wide harmonic palette, a sophisticated rhythmic sensibility and a refined sense of dynamics, along with an urge to swing". Downbeat DoDwnbeatBill Milkowski - Downbeat March 2016 ****

Lori is currently Instructor of Flute in jazz faculty at San Diego State University and also teaches privately flute, piano, theory, composition and arranging at her studio in San Diego.