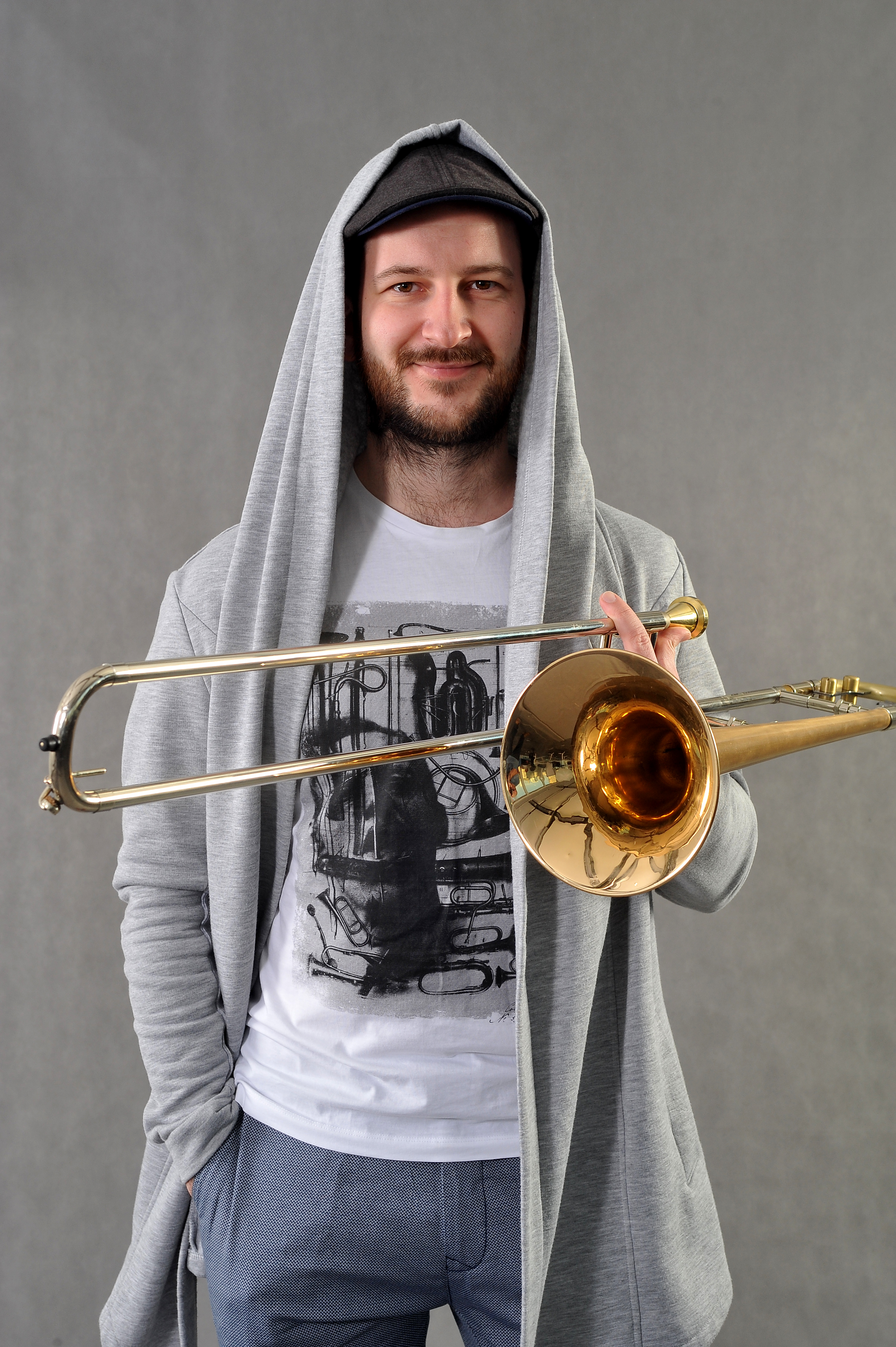 Award-winning musician. From 2019 lead trombonist of Norrbotten Big Band (Sweden). Until then, based in Warsaw (Poland), a trombonist, composer, arranger, music producer and educator. A founder and leader of the Biotone quartet and Konglomerat Big Band, has been nominated for Fryderyk 2011 in the Jazz Phonographic Debut of the Year category for a Biotone album Unspoken Words. Won the gold disc for the „Ała” and „Albo Inaczej” albums in which features as trombonist, conductor, arranger, music producer and composer. Received the Młoda Polska scholarship of the Polish Minister of Culture and National Heritage and has been honoured with awards at national and international competitions for trombone playing, composing and the best group Biotone. Michał Tomaszczyk studied jazz trombone, composition and arrangement at the Academy of Music in Katowice. He teaches trombone and big band during the International Jazz Workshops in Chodziez and at the F. Chopin Music Schools in Warsaw. As a sideman and arranger he collaborates with a number of bands and soloists, being active on the jazz scene, as well as latin, avant garde, hip-hop, folk and pop. He has featured on numerous recordings of music for films and television. A frequent guest to national and international festivals as a sideman and leader of his own bands.