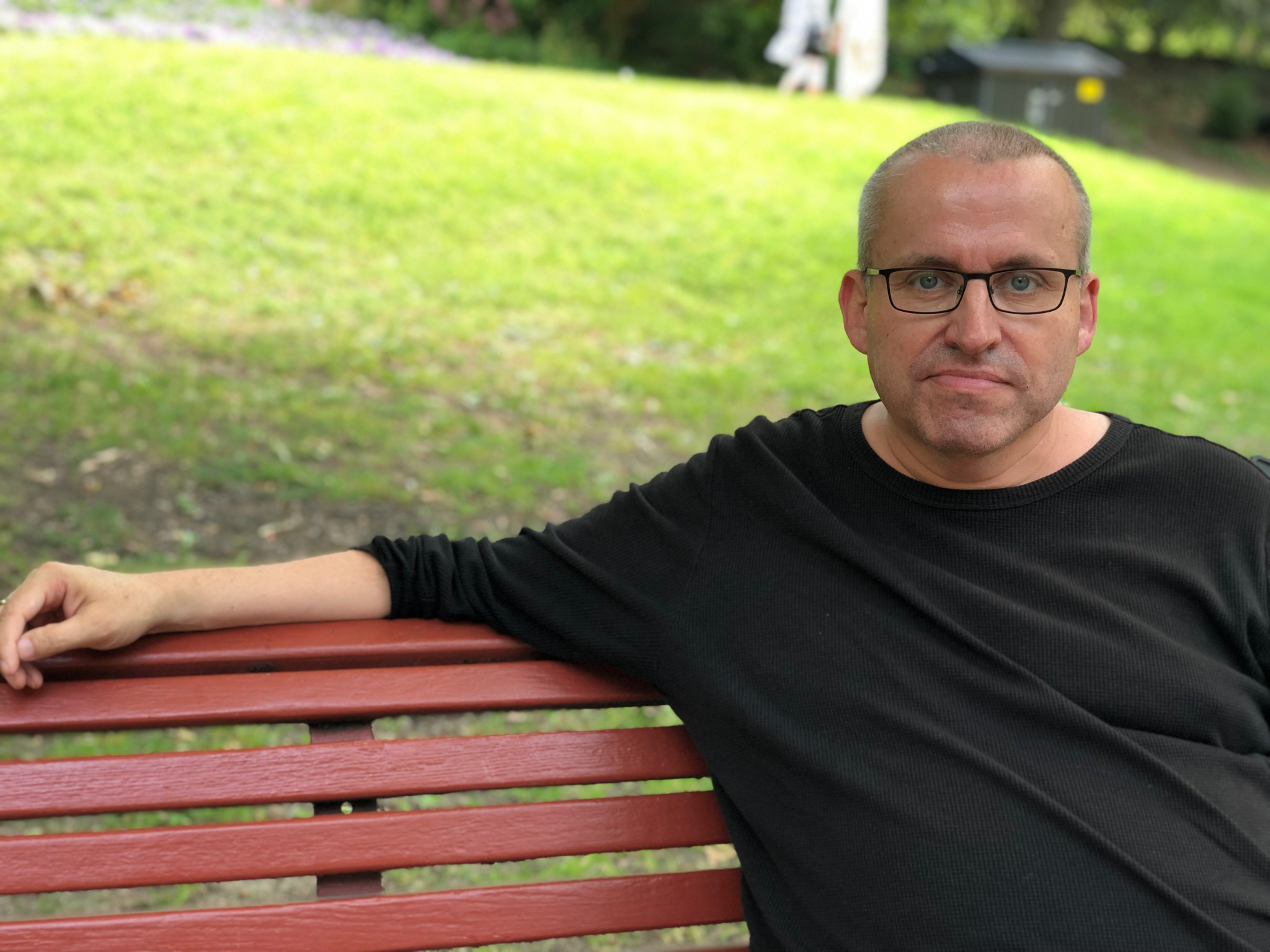 I was born in 1964 in Kristiansund, a city on the western coast of Norway, built on a cluster of islands, where four of them are inhabited, with a total population of around 25 000. They have been inhabited since 8000 B.C.

I attended the city music school playing the viola and piano from 1972 to 1980. At the high school from 1980 to 83, I followed the music program. I played the viola in the semi-professional Kristiansund Symphony Orchestra from 1979 to 83 and in different chamber ensembles during those years.

In 1983, they accepted me as a student in composition at the Norwegian Academy of Music under Professor Lasse Thoresen and viola under assistant Professor Otto Berg where I studied until 1988. From 1991 to 93 I continued to study composition under Professor Dr. h.c Witold Szalonek in his composition class at the Hochschule (now Universität) der Künste Berlin. They accepted me for a Master’s (MA) in applied music theory at the Norwegian Academy of Music in 2011, but I couldn’t continue because of severe illness. The intention is still to complete the MA (see “Some words on illness” at the end of this page).

Since 1994 I’ve dedicated my life to full time composing. Before that, I’ve worked in a youth club, as a teacher in music schools in Oslo, Bærum, and Bergen, as a music copyist and engraver, and as a freelance sound engineer at the Henie-Onstad Art Center, amongst others.

I was a member of the Music Expert Committee in the Norwegian Society of Composers May 2014 until May 2017. From May 2017 to May 2019 in the election committee. In June 2020 elected member of the advising committee for scholarships from the Arts Council Norway, for two years.

I’ve lived at 11 years in Germany. Two of them in Berlin and nine in Lübeck.

My main publisher is BAM Music Italy in Milan.