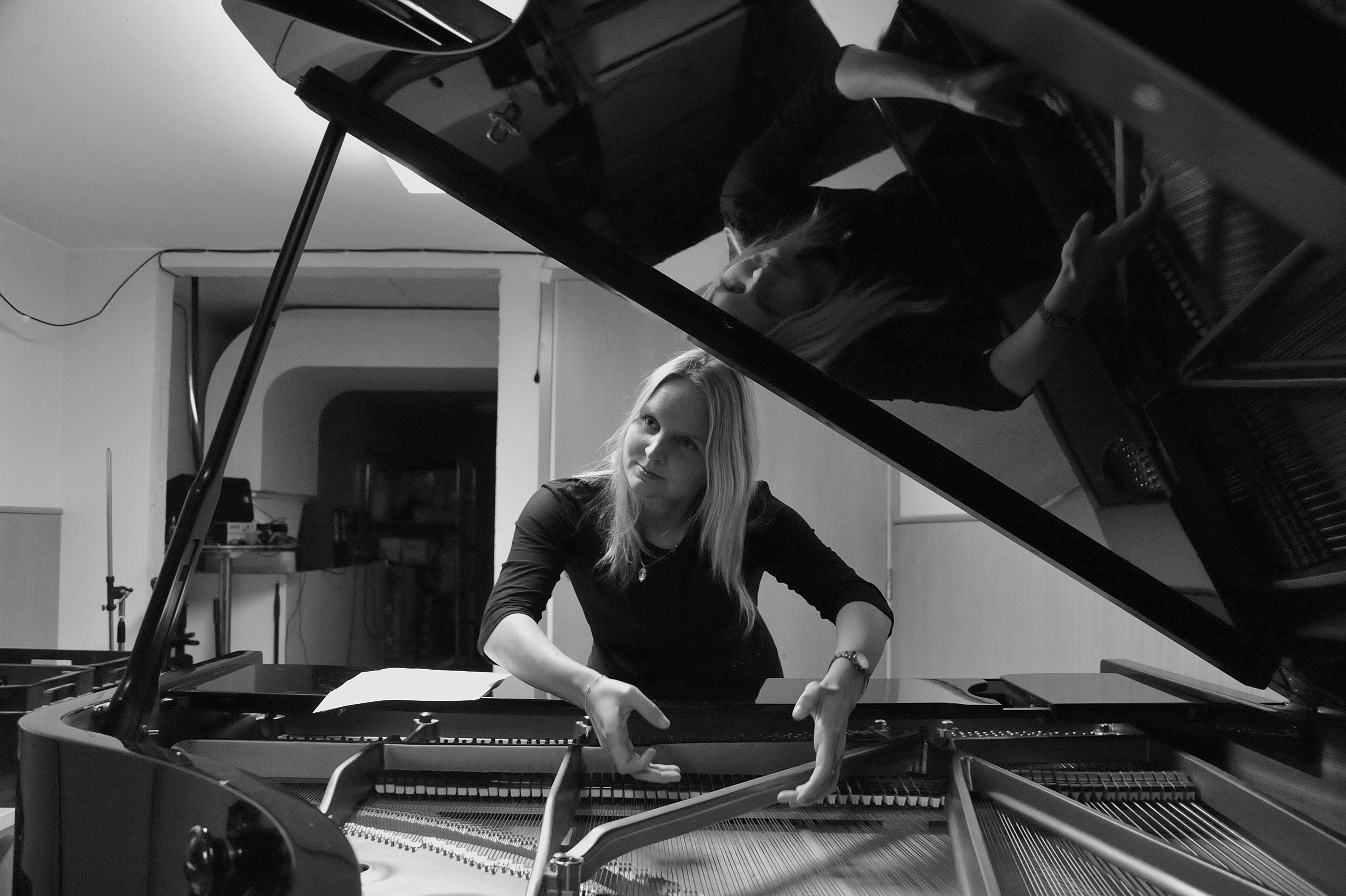 Dr. Maria Kallionpää (1981) is an internationally active composer and pianist, currently working as an assistant professor at the Hong Kong Baptist University, and as a composer in residence of the Mixed Reality Laboratory of the Nottingham University. Her research as postdoctoral fellow (2016-2018) at the University of Aalborg focused on gamification as a composition technique (funded by Kone Foundation, Finland). Furthermore, as a winner of the Fabbrica Young Artist Development Program of Opera di Roma, Kallionpää was commissioned to compose an opera (fp: Teatro Nazionale, Rome, Oct 2017). In collaboration with her colleague Markku Klami, Kallionpää has composed the first full length puppet opera produced in the Nordic Countries (fp: March 2018). Kallionpää was a laureate of Académie de France à Rome in 2016. She got her PhD in composition at the university of Oxford in 2015 and has graduated from the Royal Academy of Music (2009) and Universität für Musik und Darstellende Kunst Wien (2010). Kallionpää won the first prize of the OUPHIL composition competition in 2013.