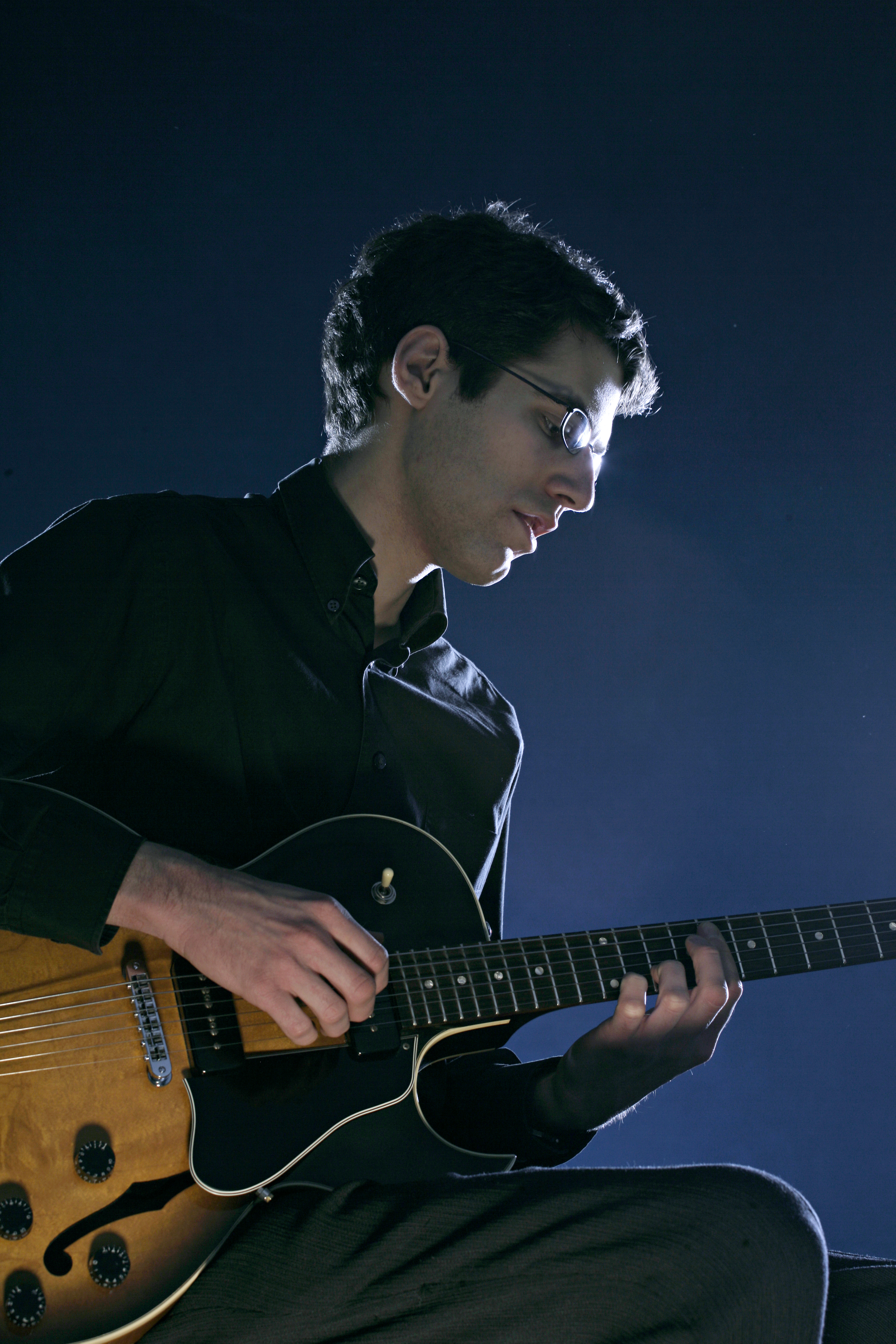 Often lauded as one of the leading figures of the Czech jazz scene, David Dorůžka has been active as a professional musician from the age of 14, having played concerts all over the world, collaborated with many of today’s leading musicians, and having spent extensive periods in the cities of New York and Paris. In the past seasons Dorůžka has been busy performing in France, Germany, Belgium, Denmark, Poland, Switzerland and other countries. On his latest CD Autumn Tales (released in 2016 and referred to as “the best Czech jazz CD of 2016” by the Academy of Popular Music and the Czech Radio Jazz and as “a masterpiece” by the server Lidovky.cz), Dorůžka returns again to the guitar-bass-drums trio format. Although at the core of the album are Dorůžka’s own compositions, the artist also drew inspiration from Jewish music, the works of Bohuslav Martinů, and popular interwar jazz. The trio's music stands out because of its unusually dynamic and sensitive interplay, deeply rooted in the jazz tradition, yet open to experiments and borrowing from other musical genres, ranging from rock influences and Middle Eastern grooves to adaptations of folk melodies with a strong Slavic character and classical pieces. In the new line-up of the trio Dorůžka invited two of the most promising young musicians on the Czech and Slovak scene, bassist Peter Korman and drummer Marek Urbánek.

Forty-year-old David Dorůžka started performing on the Czech jazz scene as a teenager. He studied composition and improvisation at the Berklee College of Music in Boston under Joe Lovano, Mick Goodrick and George Garzone, and also had an opportunity to learn from musicians such as Herbie Hancock, Brian Blade, Joshua Redman, and Christian McBride. Dorůžka has received three Czech Anděl Awards for Jazz Albums of the Year for his own records (Hidden Paths, 2004; Silently Dawning, 2008; Autumn Tales, 2016); he obtained the same award in 2012 for the album Light Year in collaboration with the quintet Inner Spaces. Dorůžka has performed at numerous prestigious festivals and clubs all over the world and has participated in countless recordings. He has appeared with the likes of Kendrick Scott, Dan Tepfer, George Mraz, Jorge Rossy, Chris Cheek, Arild Andersen, Django Bates, Hilmar Jensson, Bill McHenry, Jon Fält, Marcin Wasilewski, Rodney Green, Daniele di Bonaventura, Aga Zaryan, Jiří Suchý, Oldřich Janota, Iva Bittová, Marta Topferová, the Tiburtina Ensemble, Ewa Farna and others to name a few.