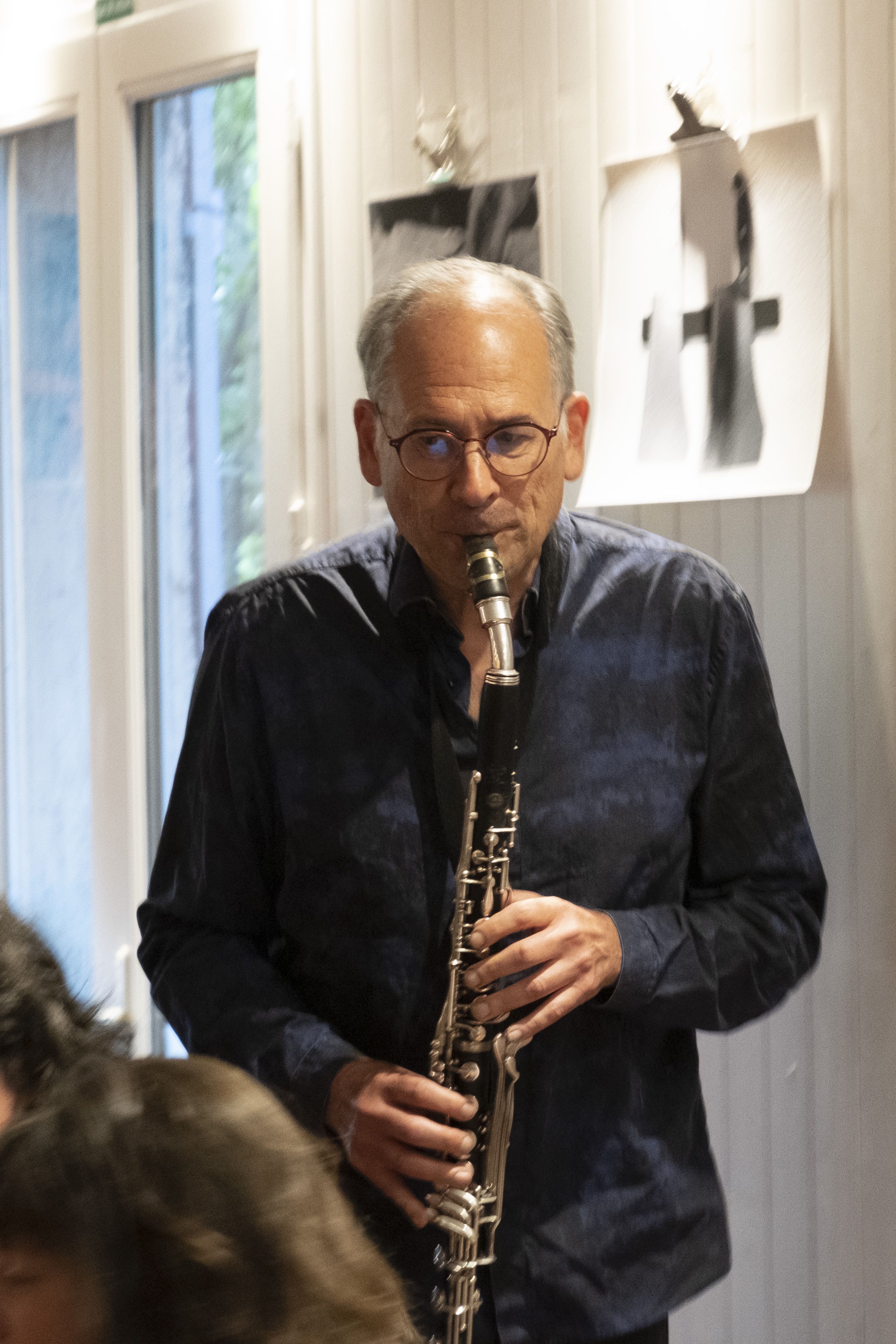 Curriculum Vitae
Etienne Rolin (1952) is a French-Americian composer-performer painter residing in France since 1974 to the present day. His catalogue contains over 1000 works from solo to opera including jazz works for big band.
As a composer he has received Commissions from prestigious ensembles in Paris:
Ars Nova 2E 2M and Ensemble Intercontemporain directed by Peter Eötvös.
Premiers in Budapest, Paris, Edinburgh, Zagreb international festivals.
He has traveled to Asia North and South America and Europe to perform conduct and give
lectures on new music, improvisation and the conducting sign language Soundpainting.
He has given workshops in Boston, Berlin (UDK) Singapore, Santiago de Chile.
As performer on Basset Horn he has been invited to perform in John Zorn’s Cobra at Chicago New music Festival, as well as a 2020 premier Budapest with György Kurtag at the New Music Festival. Over the past 8 years he has perfected the art of Hindustani Raga on the Bansuri flute.
Contacts: etiennerolin52@gmail.Com
33 670 02 80 76 http://etiennerolinart.wordpress.com