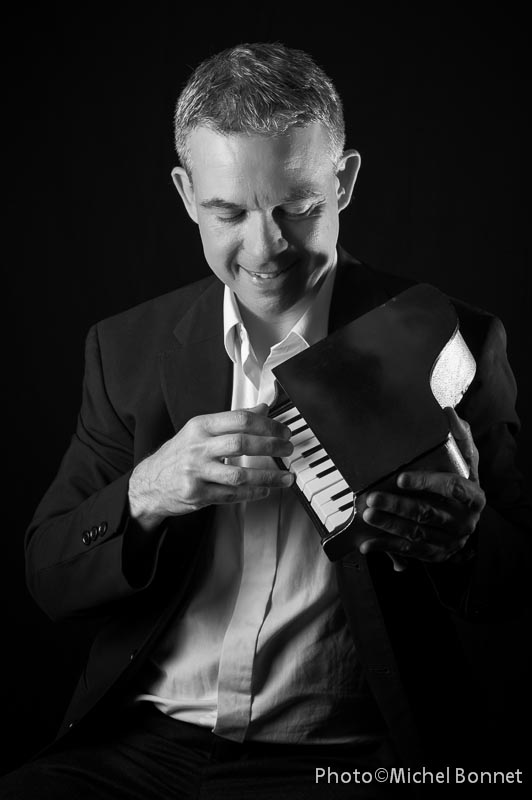 Born on the 7th May 1962 in Paris, Stan was exposed to the Musical world at
an early age, with a father a professional musician, and mother a "meloman" music lover...
He commenced piano lessons at the early age of 4, entering the"Conservatoire" at the age of 7
where he pursued classical studies at the CNR-Paris receiving its award in 1980 and passing his Musical Baccalaureat the same year. At the same time, he received private tuition from the concert pianist Pierre Baubet-Gony, with whom, at the age of 12, he played the Vivaldi Concerto for 2 pianos in a musical recital at the Pleyel Room (Paris).

In 1982, he created his "tentet" (ten piece) with whom he recorded 3 CDs and performed on
the most prestigious French and international stages - Nice, Vienne, Beirut, etc... From 2005 to 2020, he has created and conducted the Great Jazz Airforce orchestra in Paris.
He has participated in more than 130 recordings / CDs, and has received 9 awards from the
Jazz Academy and once by the "Django d'Or". In 2018 he received in Los Angeles a Mark Award for one of his composition.

Stan studied harmony and musical analysis at the Conservatoire, composing his first piano and violin scores at the age 13. His first arrangements for a big band was recorded in 1984, the first creation of one of his scores for a Chamber orchestra, took place in 1991 on the Gaveau stage (Paris). Stan's music is largely influenced by the French and Russian music of the beginning of the 20th century (Dutilleux, Ravel, Poulenc, Scriabine, Prokofiev, etc...) as well as the great American jazz masters (Duke Ellington, Quincy Jones, Bob Brookmeyer, Bill Holman, Maria Shneider, etc...)

To date he has written: more than 600 musical arrangements and compositions for big bands, hundreds of scores for small groups, some classical scores for Chamber orchestras (trio, wind octuor, saxophones quatuor, clarinets quatuors, piano/saxophone duos, etc...) most of which have been recorded and published (Combre editions).