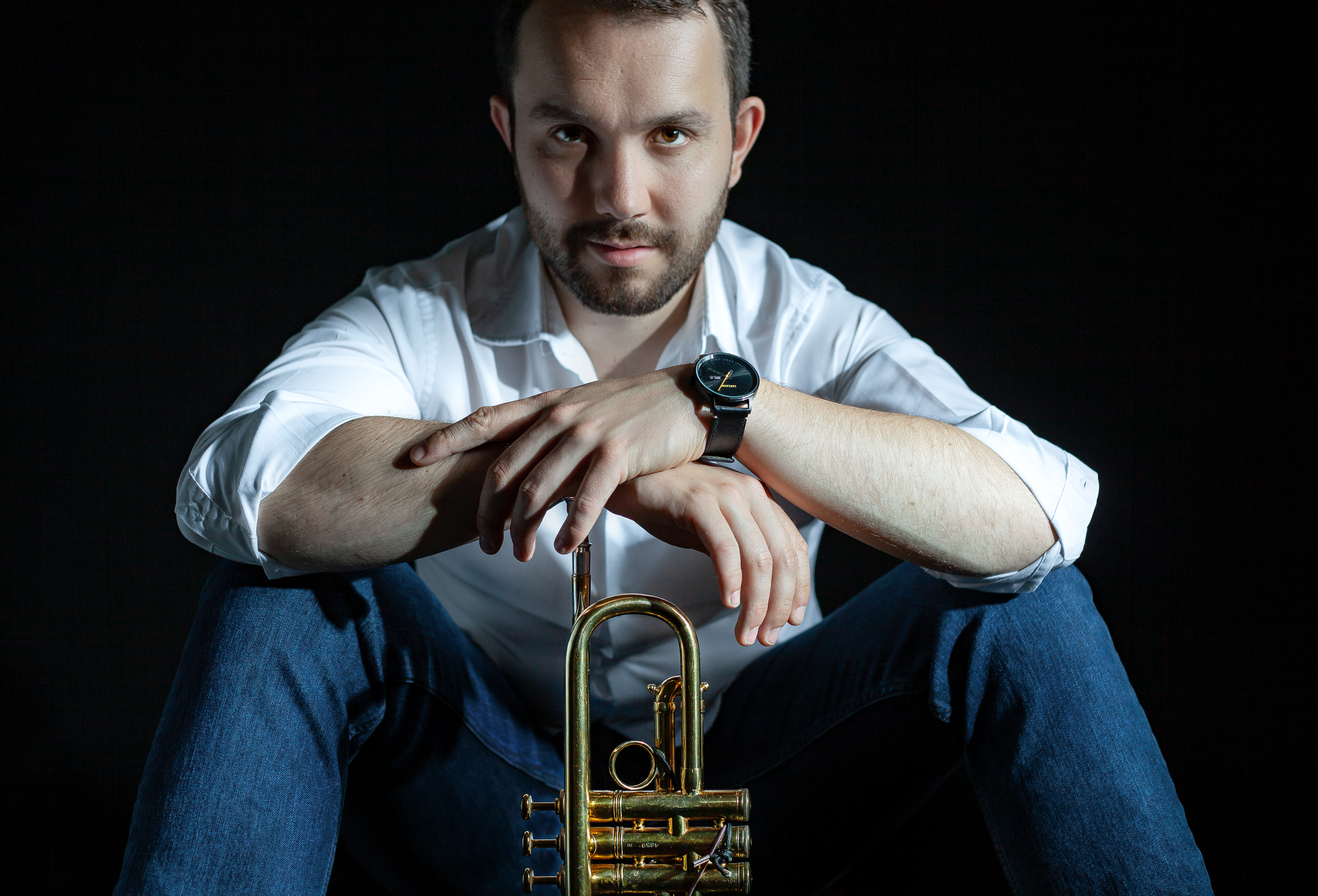 Gerhard Ornig (1990) is a versatile, award-winning austrian trumpet player, composer, arranger and music educator. Currently and again living and working in Graz, he can be heard also constantly in various musical projects, Ensembles and bands all over Europe.

He studied at the University of Music and Performing Arts Graz in the Jazz Department. After finishing the Bachelor Degree he left Graz and in 2013 to study at the “Conservatorium van Amsterdam” (NL) and also for 1 Semester at the prestigious “Manhatten School of Music” in New York City (USA).

He released his Debut as a Leader “First Flow” on the Austrian Label “Freifeld Tonträger” with his Trio – Gerhard Ornig Trio (Matt Adomeit (USA)- Bass, Attila Gyárfás (HUN)- Drums). The second is recorded and will be released soon.
Besides the Trio he is working with the co-founded international quartet “4Seasons” (Karel Eriksson(SWE)- Posaune, Vasilis Koutsonanos (GRE) –Bass, Luis André(BRA)- Drums) which are playing all over Europe couple of times a year.
Another co-production of him and the Latvian Saxophone player Toms Rudzinskis led to their first LP on Jersika Records “Locomotion”.
On all of those projects he often taking part in the composing and arranging of many songs.

Besides all his projects a big part of his work is being part of some projects all over Europe as a regular member, for instance Christian Muthspiel Orjazztra Vienna, Ed Partyka Jazzorchestra, Vincent Veneman 10, Jazzorchester Steiermark, Void Quintett, C.O.B.s, Concept Art Orchestra (CZ), Ranning Sushi, Sound Pollution Eclectic, Sina Shaari...

In 2015 Gerhard got awarded as the “Best Trumpet Player” as well as the “Best Improvised Jazz Solo” at the Riga Jazz Stage-Competition.