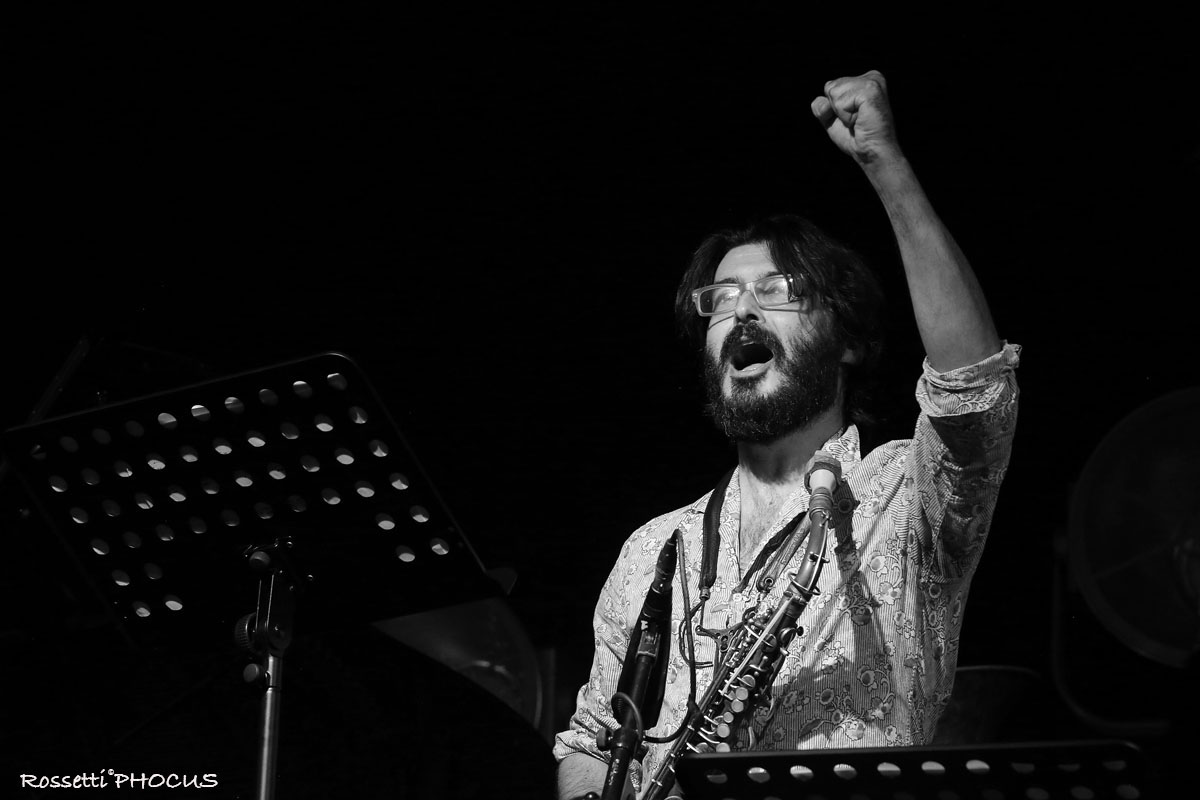 Piero Bittolo Bon is one of the busiest and most in demand italian musicians in the italian jazz and avant-garde scene. He mainly plays alto saxophone but is also at ease on baritone saxophone, flutes and clarinets. He also had a long-standing affair going on with the electric bass, which he played at the beginning of his musical journey in funk, reggae, and rock bands, before committing himself to wind instruments and improvised music. Passionate and vibrant, his music, densely composed or totally improvised, reverberates with echoes of the best of free jazz, fire music, torrid improvisations and chamberesque compositions, sharp attacks and continuous inventions bar after bar.

Member of the fresh and much regarded italian collective/record label El Gallo Rojo Records, he’s currently leading his own quintet, Bread & Fox with Filippo Vignato on trombone, Alfonso Santimone on piano, Glauco Benedetti on tuba and Andrea Grillini on drums. Other notable bands he leads are his Jümp The Shark sextet with Gerhard Gschloessl on tuba and trombone, Domenico Caliri on guitars, Pasquale Mirra on vibes, Danilo Gallo on bass and Federico Scettri on drums, and “Rollerball”, a rock-oriented jazz quintet with Beppe Scardino on bari sax, Enrico Terragnoli on guitar, Danilo Gallo on bass and Massimiliano Sorrentini on drums, not mentioning the many other bands he’s involved in, mainly with his Gallo Rojo fellows and with other major italian musicians. In 2010 he was called to be part of a new Uri Caine project, “Pulse”. His “Original Pigneto Stompers” outfit features giant of electric bass Jamaaladeen Tacuma, Simone Massaron on guitars and Federico Scettri and Massimiliano Sorrentini on double drums. One of his most recents projects, “Lacus Amoenus”, involves the great trumpet player Peter Evans.

His interest in finding new sounds and new improvisational languages brought him to design a special microphone system allowing to control and play the feedback that is generated inside the saxophone tube. This “augmented” alto saxophone is featured in his solo project “SPELUNKER”.